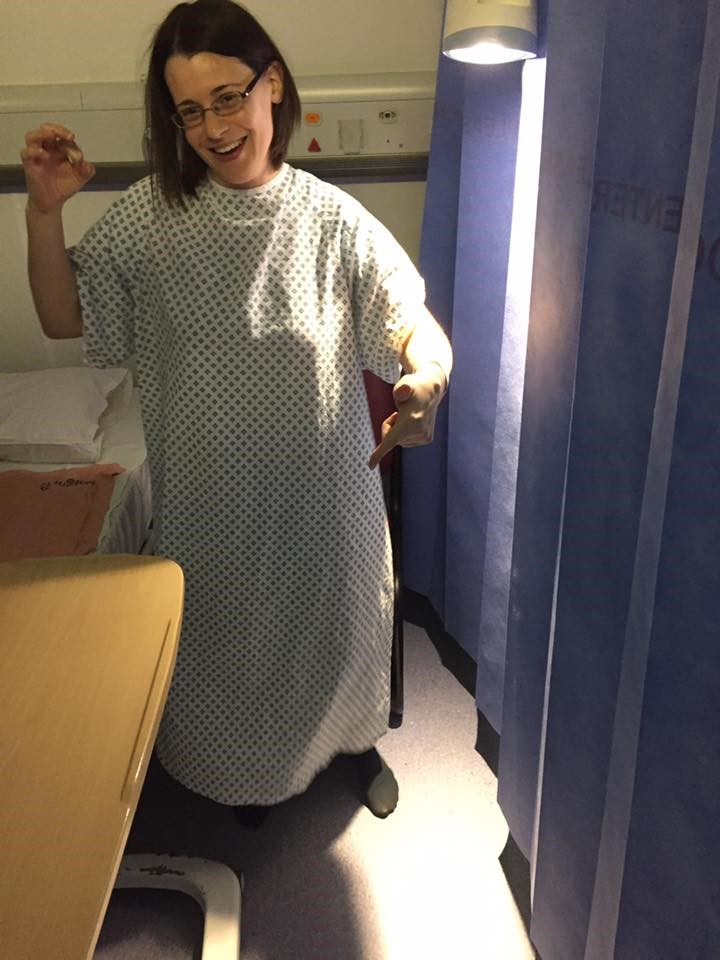 I got engaged on the 1st January 2017 and got to be overjoyed for about two days before I was diagnosed with cervical cancer on the 3rd, at the age of 31.

Everything moved pretty quickly from that point in terms of treatment and by the end of January I had had my PET-CT, MRI, consultation appointment regarding my surgeries, a pelvic examination under anaesthetic (plus pelvic lymph node removal) and a trachelectomy under robotic assisted surgery at The Royal Surrey Guildford. It was such a whirlwind (and I was also so desperate to get a wedding venue booked that I actually looked at a few in between surgeries) that I didn’t have to time to really process what it all meant.

It was only after treatment that the seriousness of the situation really dawned on me and also how lucky I was that the cancer was caught in the early stages. I consider myself even more lucky when I knew how stupid I had been. When I received my smear invite letters aged 25 and 28 I didn’t respond to them and avoided attending the appointments. I think I had convinced myself that cervical cancer wasn’t something that I was ever going to get and so I could avoid going to a smear because it was irrelevant to me.

Obviously, I was completely wrong. Ultimately the reason I went for my first smear (aged 31!) was because I had some problems that had been going on quite a while, mainly abnormal bleeding which I ignored because I thought it was just ‘woman’s problems’ and had convinced myself that they would eventually get better if I just went by the ‘wait and see’ approach.

Well, I waited and saw that they were getting progressively worse and it was only after looking into what they meant that I realised they matched the symptoms of cervical cancer. Still I somehow managed to convince myself that cancer wasn’t anything for me to worry about and it was only after an incredibly long length of time that I booked that first smear appointment.

It quickly become apparent that things weren’t going to go the way I was expecting. If I’m honest I don’t know if I would have gone to my smear without those symptoms, and as symptoms don’t always occur, I tend to go a bit cold as to where this story could have ended up.

I am now incredibly vocal about my experiences and am honest about where I went wrong in the hopes that someone hears what I am saying and changes their mind about not attending their smear appointments. I cannot state again how incredibly lucky I feel to have caught this early and I have so much to look forward to for this year and years to come. I want to make sure that others get to do the same.

And yes, I did up getting my wedding venue in between those surgeries!