One of our GRACE Women, Hellen Revenko visited her GP last year with some unusual symptoms and was later diagnosed with endometrial cancer. Here she shares her experience and stresses the importance of early diagnosis. 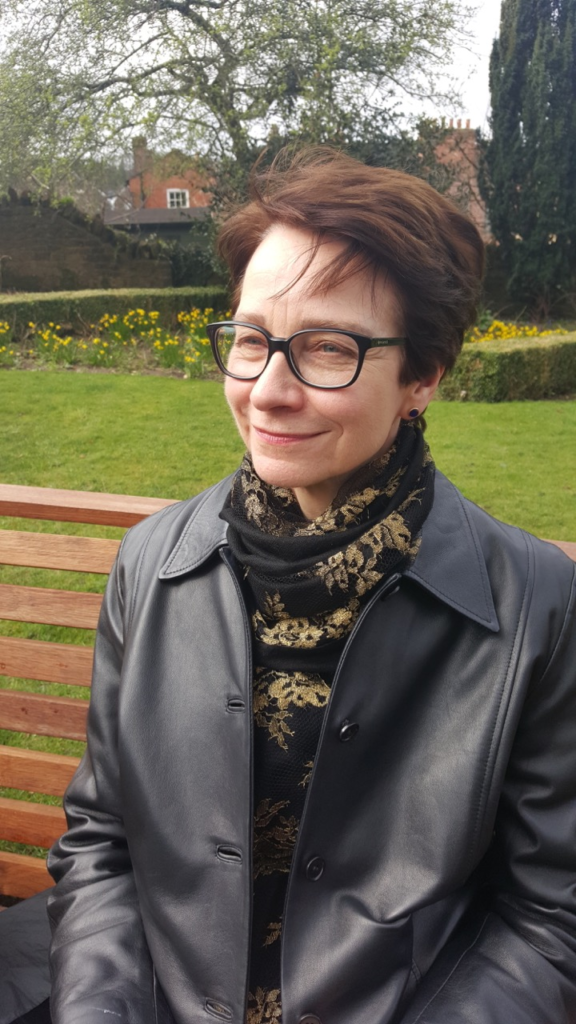 “In April 2018, I was diagnosed with endometrial cancer.

In January, I had seen my GP about a watery discharge (no obvious signs of bleeding) and some discomfort which had developed into an occasional sharp pain. I was referred to The Royal Surrey for an ultrasound and then to see a consultant.

After further investigations and with everything moving very quickly, I was diagnosed with Stage 1 endometrial cancer. I was told that a hysterectomy was likely to be the only treatment I needed with just a slim chance of radiotherapy. I felt very positive about the situation and found that I could tell family and friends in a matter of fact way and they took their lead from me.

I had the hysterectomy which was robotically assisted, about one week after diagnosis. When I came to in the recovery room, I had no pain or discomfort and this continued for the entire recovery period. I was discharged the day after surgery in time to have lunch at home.

A few weeks later, I was told that no further treatment was required as the cancer was low grade (Grade 1) and had not spread, so a very happy ending and I feel amazingly lucky.

After the initial shock of the diagnosis, I didn’t feel especially stressed. The fact that my cancer was Stage1, Grade 1 played a huge part but the speed with which everything moved and the professionalism and support of everyone involved in my care were very important. Physically, I feel just as good as before and I am better at keeping things in perspective. My experience was not the nightmare scenario it is easy to conjure up in the small hours of the morning.

I think a big part of my “happy ending” was the early diagnosis. I suspect that without the pain I had started to experience, I might well have delayed going to my GP. I had become wary of internal examinations as the last few smear tests had been rather painful and I was pleased that, at 61, I was about to drop out of the cervical screening programme. I also thought that I was at low risk of developing a gynaecological cancer as I was very fit and had never smoked.

My diagnosis made me realise that there is a big difference between low risk and no risk. I think anything unusual needs to be investigated even if the examination, which doesn’t last long, seems potentially painful or embarrassing or there is concern about wasting a doctor’s time. Early diagnosis makes such a big difference to the amount of treatment needed and how effective that treatment will be. I was so very lucky that I went to my GP when my cancer was still at a very early stage. I needed very little treatment and the treatment has not had a long term impact on my life.”

Hellen is taking part in the Easter Walk this month to raise money for GRACE. She said: “I am keen to support a charity which works to improve the diagnosis and treatment for women with gynaecological cancers and also to say thank you for the excellent care I received in the Gynaeoncology Department at the Royal Surrey.  The training is going well. I have done 20 miles with no apparent ill effects.”