Life with and after Cervical Cancer: Lorna Cattle’s Story 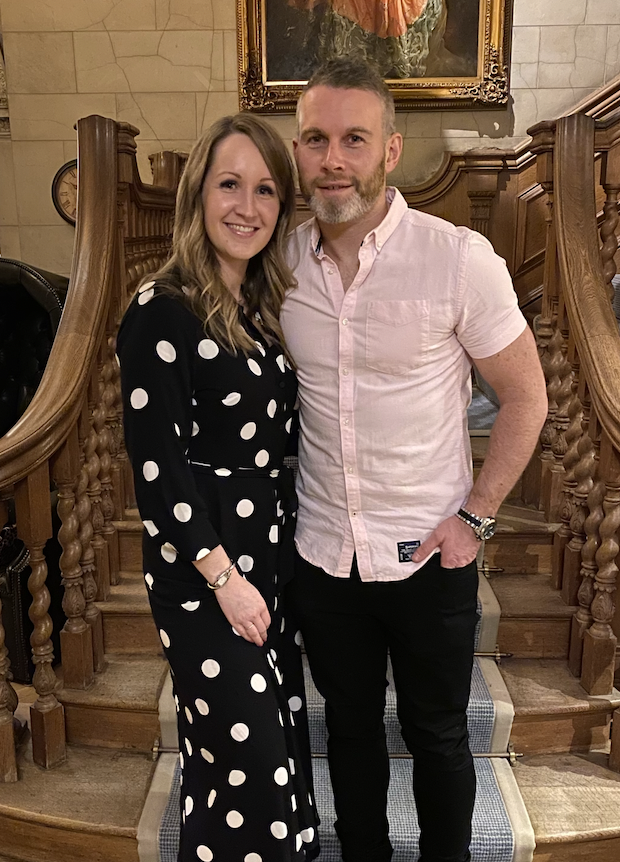 2016 was a big year, I got married, turned 30 and then got diagnosed with Cervical Cancer. Not exactly how I had planned my 30th year to go!

We decided not to go on our honeymoon straight away, we had a number of other events to go to after our Italian wedding in April so we decided we’d go away in September. A few weeks before we were due to go, I was struggling with lower back pain and visited the GP. I remember he asked me to bend over and touch my toes, which I could do, and then he asked when my last smear test was. He looked it up and could see I wasn’t due another one for a year and that my last one had been normal so he gave me some pain tablets and off I went. I really didn’t think anything of it but the back pain didn’t go away and then while on honeymoon I started to bleed. We had decided to start trying for a baby so I was tracking my cycles and this bleeding was right in the middle so I knew something was wrong. It didn’t make sense.

The day we got back from the honeymoon I went and saw another GP. She did the same; checked my smear test history, saw it was clear and then said that as we were trying for a baby she would get me an ultrasound of my womb to check nothing was going on in there. I remember she said to me ‘if it happens again, we may be able to do one other test too’. Womb scan came back fine but then in the middle of my next cycle, the same thing happened again and I was bleeding when I shouldn’t be. I called back the GP and she was very dismissive but I just knew something wasn’t right. I insisted she did this ‘other test’ and she eventually let me book an appointment to come back in to see her. Turns out the ‘other test’ was going to be a smear test but when she tried to do it there was too much blood. She then sat me down and said to me ‘have you already got kids?’ and when I said no she tilted her head and said ‘I’ll organise a referral’. It was 7pm and she was pushing me out the door to lock up so I was left with no other information and incredibly worried. What did she mean? Was something really wrong? Who was she referring me to?

What did she mean? Was something really wrong? Who was she referring me to? 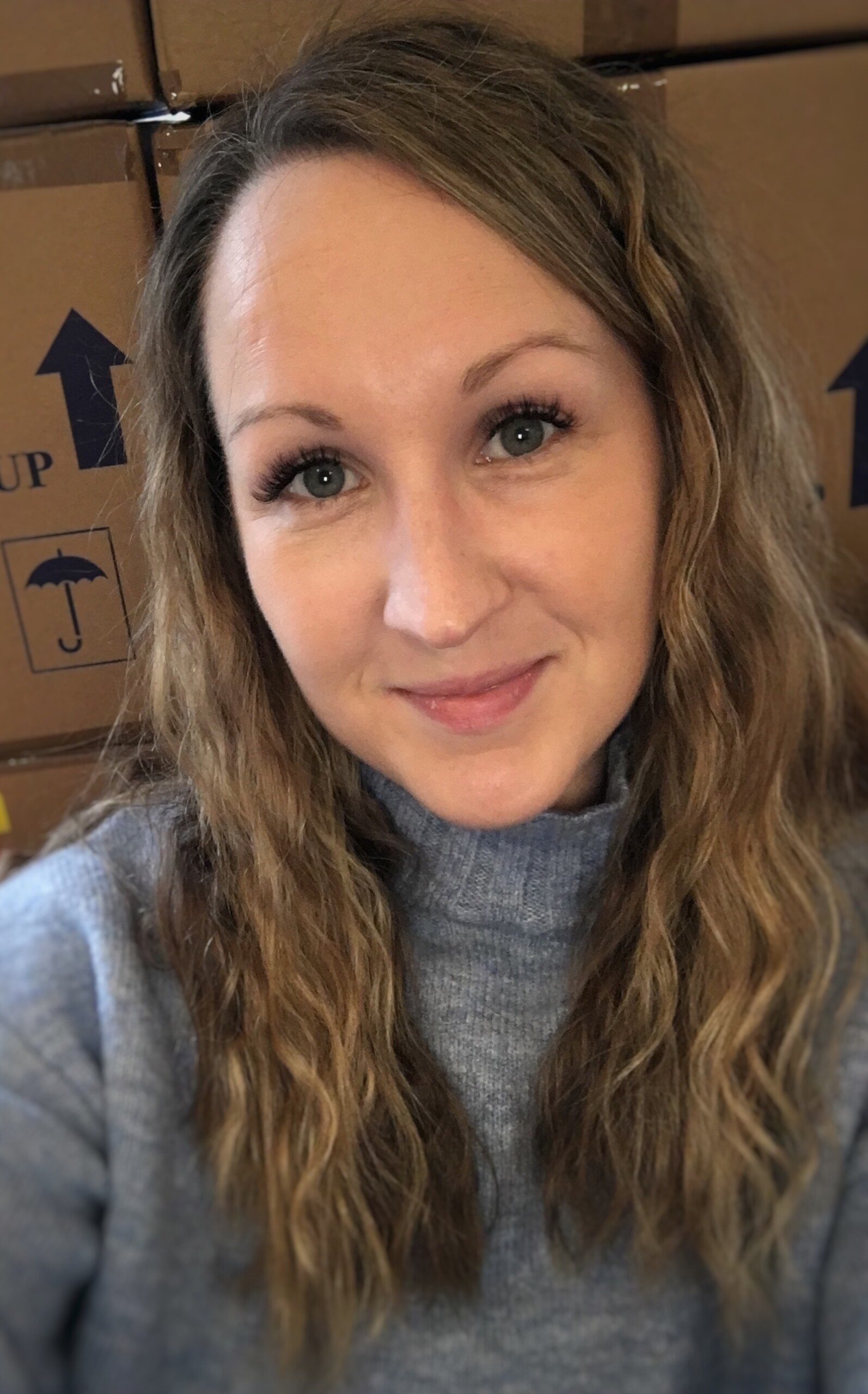 When the referral came through (after what felt like a lifetime and a lot of chasing) I attended Crawley Hospital and they took a biopsy but then suggested I needed to go under general anesthetic for further testing. I arrived for this and after a routine urine sample, I was told that I was actually around 6-8 weeks pregnant so they couldn’t do it. I still didn’t know if I had Cancer but we had to go for early pregnancy scans, meet a fertility consultant and have blood tests. All while waiting to know if the biopsy they had done was bad news.

On 28 November 2016 it was confirmed that I had Cervical Cancer. I just remember asking ‘OK, so how do I not have it anymore?’ I was told I’d be seen at St Luke’s in Guildford the next day. On November 29th I went to my appointment and met the best consultant I could ever have wished to meet in Simon Butler-Manuel and my nurse Maria who has been with me ever since. I then didn’t leave the hospital. It wasn’t a viable pregnancy, they felt that the Cancer cells they had from the biopsy were too aggressive to wait. I was admitted as an inpatient to take the tablets that would terminate the pregnancy, to have an MRI and also a PET scan. I was also told they may be able to save my fertility by moving my ovaries so by the end of that week I was under a general anaesthetic for them to stage the cancer and move my ovaries while they were there.

‘I just remember asking ‘OK, so how do I not have it anymore?’ 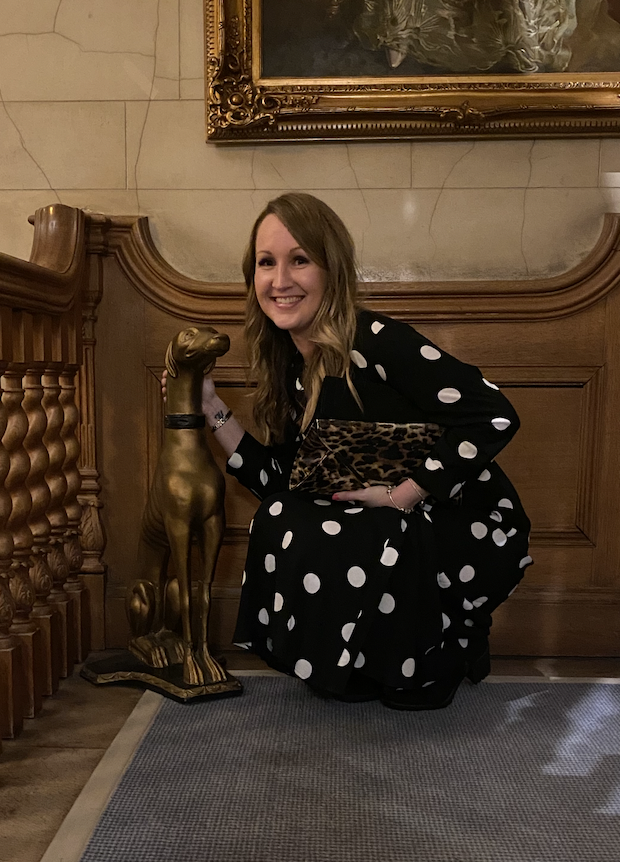 It was explained to me that this would all be done by a robot called De Vinci and I’ll be honest, that sounded quite cool! The next steps were a blur of hospital tests (kidneys, blood, treatment planning, meeting various consultants including Kavitha, radiographers, more tests), Christmas and attempting to celebrate the end of 2016 with a very daunting 2017 ahead of us. I remember meeting Simon on a Sunday just before Christmas and him telling us that the Cancer hadn’t spread. I chose not to know the stage of the Cancer – for some reason I just didn’t want to know, I just wanted it gone. I knew that they were doing ‘curative’ treatment and that’s all I needed to hear. They respected that and I actually didn’t find out until I saw a clinic letter a long time after my treatment that confirmed it was Stage 2b.

On 3 January 2017 I started 6.5 weeks of chemotherapy (Cisplatin), radiotherapy and brachytherapy. I had 6 sessions of chemotherapy, 32 radiotherapy sessions and 3 brachytherapy. I was looked after by both the gynae team (Simon) and the treatment team (Alex Stewart) but always Maria. I started my treatment on the main ward but due to my age, I was soon picked up by the Teenager and Young Adult Ward (TYAC) which changed everything and made the whole thing far more comfortable (and sociable too!). I finished on 15 February 2017 and began the hardest bit of it all, the recovery! I truly hadn’t anticipated it being so hard, it was like my brain had finally caught up and to add to it I was really really weak. My treatment had really broken my body, I’d had to have a number of blood transfusions and a couple of hospital admissions and it was fair to say my body was not best pleased with me. And then my mind couldn’t process it all. This was when I started counselling and that really changed things, it really helped and I cannot recommend it enough. It was a long process but I learnt better ways of coping, better ways of managing each day as it came and for that I will always be truly grateful.

This was when I started counselling and that really changed things, it really helped and I cannot recommend it enough. It was a long process but I learnt better ways of coping, better ways of managing each day as it came and for that I will always be truly grateful. 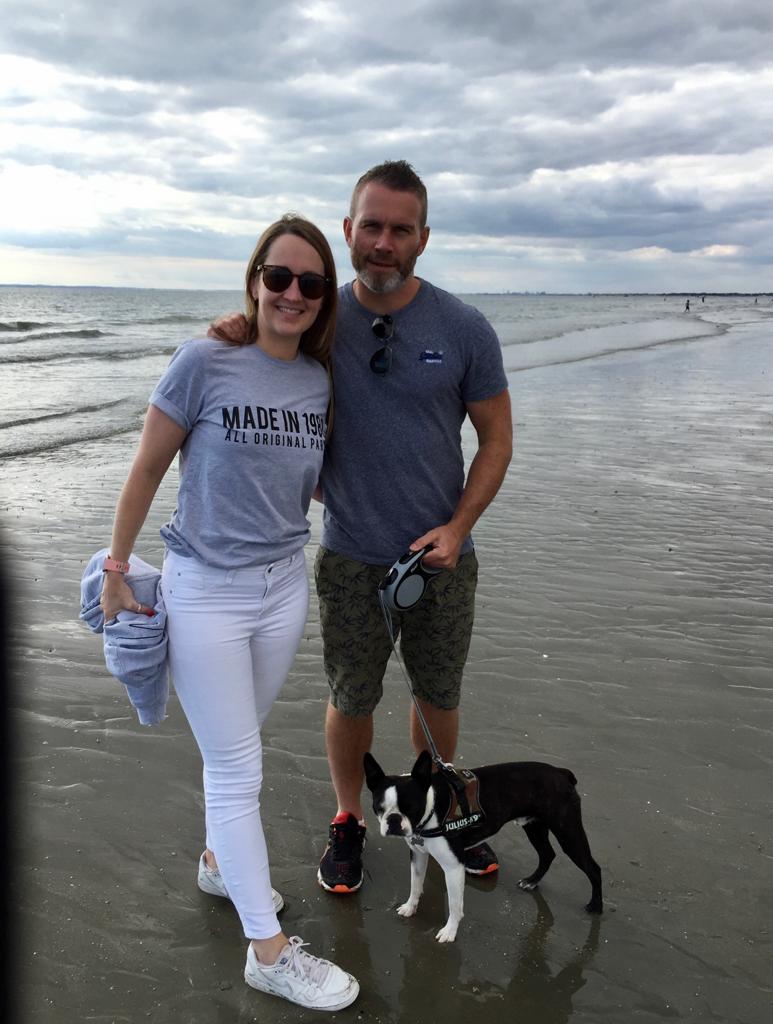 When I went for my 3 month check up and scan, they said they could still see a small amount of what they thought was Cancer but that radiotherapy can continue to work for 6 months (that explained the fatigue!) and so they’d scan again. At the end of July 2017 they scanned again and it was still there. So now my options were to leave it and see what happened or to have a hysterectomy. I didn’t want to take the risk, to me the choice was simple and after radiotherapy my womb couldn’t carry a baby anyway so take it. Kavitha was so generous with her time in explaining the surgery, how it would work and reassuring us on the whole thing.

On 7 August 2017 I had a hysterectomy! I’ll never forget that day, Simon came to see me just before surgery to let me know it would be OK, I remember him telling me he was about to have some toast and then we’d get going. When I woke up, he was the first person I saw and I remember him telling me everything was going to be OK – and I believed him, I knew I was in the best care! A few weeks later I was told the margins were good, they’d taken it all out and it was in fact still Cancer so I’d made the right decision. We waited a few more months and had another MRI for them to be certain it had been a success. Then, on 21 November 2017 I was given the all clear, I was officially in remission!

Since then we’ve been adapting to life after cervical cancer. It’s been a rollercoaster but it’s been entirely supported by Simon and his team, Maria, Alex and her team, and the TYAC gang every single step of the way. We are currently navigating trying to start a family and the world of surrogacy and hopefully soon I’ll be able to report back with positive news and share that part of our story too.

I am always an open book with my experience of Cancer and if anyone wants to chat about it then I am always available. I try to share my experience as often as I can and if I can support just one person through their experience of any of it then all of it has been worth it. I share my story on Instagram (@lifeaftercervicalcancer) and my inbox is always open.