A report by Hellen Revenko 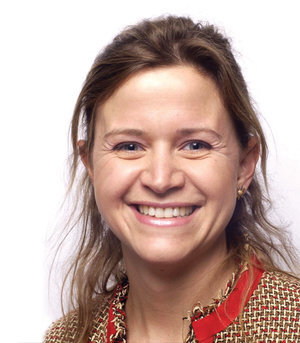 On 4 November, Dr Alex Stewart, gave a talk to the Surrey Hills Soroptimists. Dr Stewart is an oncologist working at Saint Luke’s Cancer Centre at Royal Surrey County Hospital and an Associate Member of the Board of Trustees of GRACE.

The talk covered the cervical screening and HPV vaccination programmes, improvements in the treatment of cervical cancer and the work of GRACE in funding research and technical developments.

There was a good turn out by members of the Soroptomist Society and the audience also included some visitors.

“Should I turn up for my smear test?”

The answer from Dr Stewart was a very definite “Yes”.

The aim of cervical screening is to identify pre-cancerous cells and prevent cancer developing in the first place. Screening starts at age 25 and stops at 65.  Women below the age of 25 are not screened as changes in the cervix are quite common in this age group and the cervix will often return to normal. Screening could lead to unnecessary treatment. Women aged 65 and over are not invited for screening as cervical cancer is far more common in younger women and it is unlikely that older women who have been regularly screened will develop cancer.

However, regardless of age, if you experience bleeding, discharge, pain in the pelvic area or pain during sex, you should see your GP right away.

When screening is carried out, a single-use plastic speculum (not the cold metal speculum remembered by many in the audience) is used to dilate the vagina and a brush is inserted through the speculum. Cells are brushed from the cervix and sent for analysis.

If pre-cancerous cells are present, this will easily be treated in most cases at a colposcopy clinic.

Most cervical cancers are caused by the human papillomavirus (HPV). The virus is spread sexually so the vast majority of sexually active people will be infected at some time. Infection can occur even if you have only had one partner and can be caused by just touching.

For most people, the immune system clears the infection and they will never know that they have had the virus. However, in some cases the virus remains in the system and in women this can lead to cervical cancer.

For over 10 years, girls aged 12 to 13 have been offered a free vaccination at school against the most common high risk strains of HPV. It is important to vaccinate girls before they become sexually active. As not all strains of the virus are covered by the vaccination, it is still important to attend cervical screening appointments.

In September 2019, the HPV vaccination programme was extended to cover boys. This was done to increase “herd” immunity and to reduce the risk of HPV related diseases in men.

The combination of cervical cancer screening and HPV vaccinations means that cervical cancer is a largely preventable disease and most women who develop cervical cancer have either never been screened or have missed appointments. Women from countries in Eastern Europe and Asia where there are no formal screening programmes often fail to attend. Also, uptake is poor in young women. When YouTuber Zoella filmed her smear test for her 4.8 million followers, she was connecting with an age group which needs encouragement to attend.

Improvements in treatment and the work of GRACE

Treatment for cervical cancer consists of surgery and, for more advanced cancers, chemotherapy and radiotherapy given at the same time.

At Saint Luke’s Cancer Centre at RSCH, surgery is usually performed using the da Vinci robot. Robotically assisted surgery is an extension of keyhole surgery and is performed by a surgeon sitting at a console. The surgeon has a 3D vision of the site of the operation and movements of the surgeon’s hands produce small precise movements by the robot. Women who have had robotically-assisted surgery often report little or no pain following the procedure.

GRACE funding helped launch robotically-assisted surgery for gynaecological cancers. Initial funding from GRACE often encourages further funding from other sources once there is evidence that the equipment purchased is being put to good use. Saint Luke’s is now regarded as a centre of excellence for robotically assisted surgery and robots are used in complex procedures including those aimed at preserving the fertility of women of childbearing age.

When cervical cancers are very small, it is possible to preserve much of the cervix and this increases the chance of a normal pregnancy but for slightly larger tumours most or all of the cervix will be removed (a radical trachelectomy) and the robot is used for this surgery. Strong stitches support the growing baby and the birth is by caesarean section.

GRACE has funded both research projects and state of the art equipment to improve the way radiotherapy is delivered. It is often easier to get funding for equipment so the role of GRACE in supporting research is especially valuable.

For cervical cancer, radiotherapy is given both externally and internally.

Intensity Modulated Radiation Therapy (IMRT) is used to give a high dose of radiation to the cancer while avoiding normal tissue such as the bladder and bowel. This is achieved by “shaping” the radiation field to fit the shape of the tumour and helps to reduce the side effects for the patient.

Recently published research for an MD funded by GRACE and supervised by Dr Stewart has looked at the use of an ultrasound bladder scanner in IMRT.

The uterus and cervix move depending on how full are the bladder and bowel. Using a bladder scanner means that it is possible to ensure that the uterus and cervix are in the same position each time treatment is given so the radiotherapy targets the cancer more effectively. Also, radiographers at Saint Luke’s have been trained to use CT scans while the patient is on the radiotherapy bed to ensure even greater accuracy. Click here for more information on this.

Internal radiotherapy (brachytherapy) uses a small radioactive source at the end of a wire. The wire goes through guide tubes which are inserted through the vagina. Needles are also used to go into the cancer to boost the dose. An ultrasound machine funded by GRACE makes sure the needles go into the cancer and avoid the bladder and bowel.

Dr Stewart referred to her patient GRACE Woman Wendy Marcel who received an abnormal smear test result when she was two weeks pregnant and was diagnosed with cervical cancer six weeks after the birth of her son. Wendy had surgery both before and after the birth, weekly chemotherapy, daily radiotherapy and then three sessions of brachytherapy. Wendy’s son is now three years old and she has returned to work as a dance teacher. Wendy’s full story, told in her own words, can be found here.

Dr Stewart’s talk gave an encouraging message of improvements in cervical cancer treatment, supported by the work of GRACE, and stressed the importance of attending cervical screening appointments and encouraging young people to have the HPV vaccination. Taking these steps really can save lives.