As part of Gynaecological Cancer Awareness Month, Lydia Brain has written about the impact that endometrial cancer has had on her life. We’ll be sharing her updates on our blog, so follow along and let’s chat about all things gynae!

Day 1 marks the start of Gynaecological Cancer Awareness Month. This September to help raise awareness of gynae cancers I will be posting every day with a way womb cancer has affected me. I will reflect on the symptoms I suffered, how cancer and infertility has affected me, and the late affects I am still suffering with to this day. You can follow and share my posts on twitter @lyd_jar and if you’re a fellow gynae cancer sister please join in the chat with #GynaeMonth and #MyGynaeMonth hastags. Brace yourselves people, it’s going to be a bumpy ride! 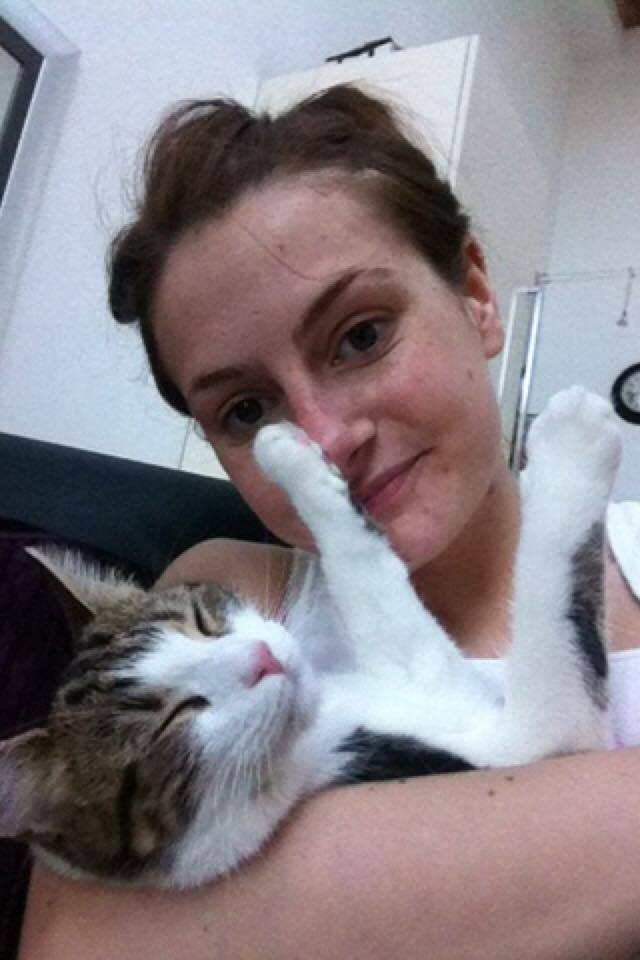 Day 2 and I’m thinking back to where it all began. It’s mid 2014 and I was just 22 years old. Look how young I look! Far too young to have cancer (poor 22 year old me). By now I was beginning to see the first symptoms, which started with bleeding during sex. I went to my GP and had a speculum (so by 22 I was already used to having a strange man with a torch looking into my vagina like a cave). The doctor thought I had an eroded cervix from being on the pill a long time and having high oestrogen for too many years. This may have indeed been the case, but on reflection it was more likely caused from having a hormone imbalance caused by my tumour, we will never know. I was also getting blood in my discharge (yes these posts will be completely uncensored) whenever I was stressed or upset. I thought it was odd but that was about it, I didn’t think about it much further. From this date there is still two and a half years until I am diagnosed,  and so my story continues throughout #MyGynaeMonth. Be prepared for me to pester you with gynae info erryday (it’s all for a good cause)! If you ever have any unusual bleeding go to see your GP! 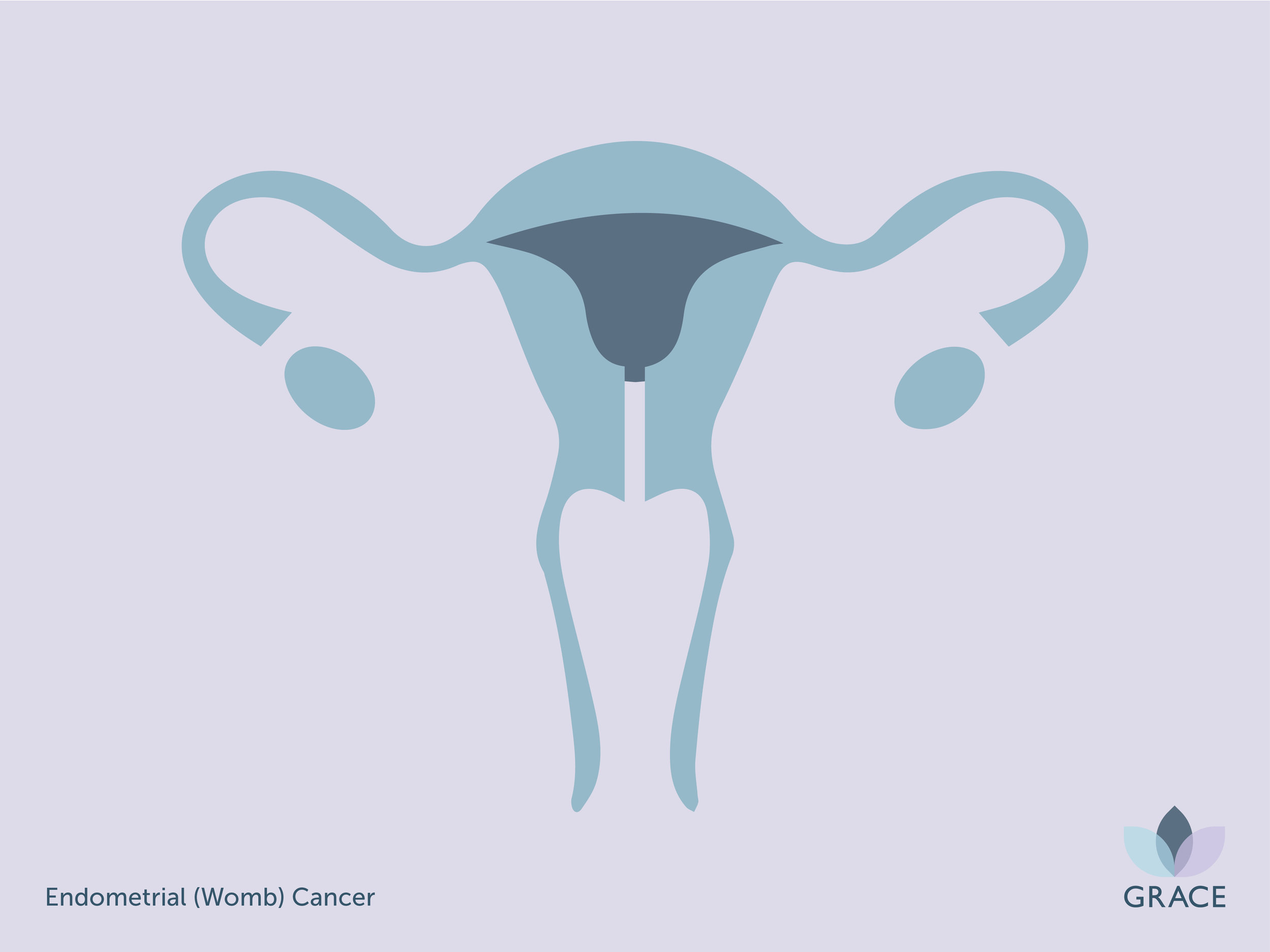 Day 3 of #GynaeMonth and the biggest thing #wombcancer has taken from me is my fertility. After trying a hormone treatment for four months which was unsuccessful I had to have a hysterectomy in June 2017 at just 24 years old. Due to my cancer I’d been forced to think about the value of my fertility and how much I wanted to have children at some point in my life. It’s so very cruel to force someone to think long and hard about how important something as monumental as having kids is to them. Force them to make plans to incorporate still managing to have children in new circumstances, have them accept they might have to have a child alone and young to then have that taken away and turned into never. My lost fertility will have the largest affect on my life moving forward. There’s a lot more to say on this subject and September is a long month so for now, I’ll leave it there. 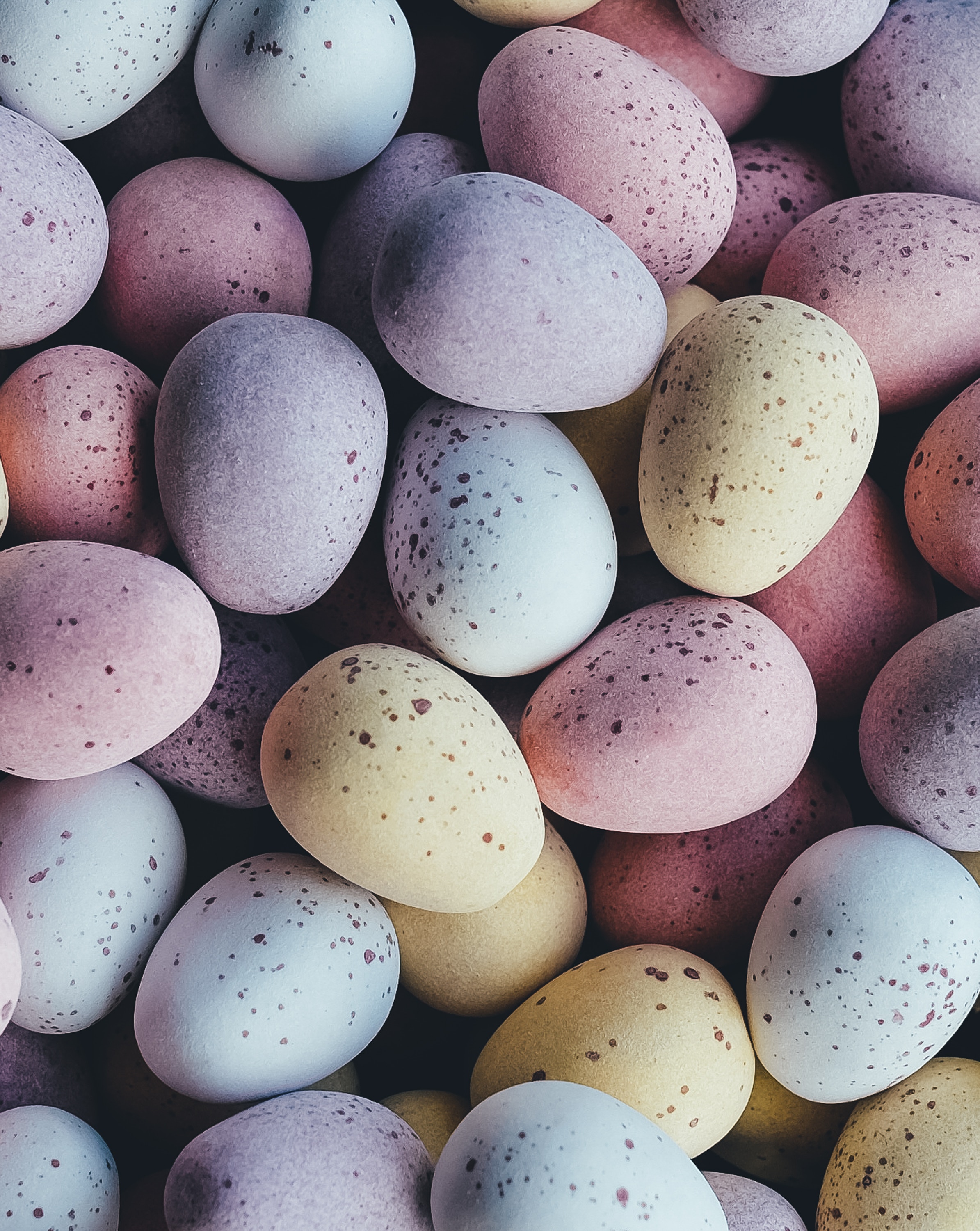 Day 4 in the gynae cancer house and it’s all about anxiety/scanxiety today. Trawling the internet for a cancer anxiety picture and I just couldn’t resist. Life with cancer isn’t all running through fields of wheat in the sun. Sometimes it’s running through fields of wheat in a great big storm. Post womb cancer life includes spending your morning in A&E with scary symptoms. Bringing on anxiety and fear that the dreaded cancer is back. Post cancer life is constantly being on edge and aware of symptoms, and that ‘it’s unlikely’ actually means nothing anymore. Getting cancer at 24, and not only that but being the 11th person ever to get my type of tumour is unlikely. That just seems to be my thing, rare and wonderful! Early stage endometrial cancer returning after a hysterectomy is unlikely, if only that would appease my mind but ‘unlikely’ and ‘rare’ means so little to me now. Any chance is too much of a chance for me. It’s certainly enough for any symptom to bring huge distress and worry. So this week it seems my body just likes to bleed all the time and it’s angry I took away it’s bleeding organ so decided to bleed from everywhere else bar my nose and ears. 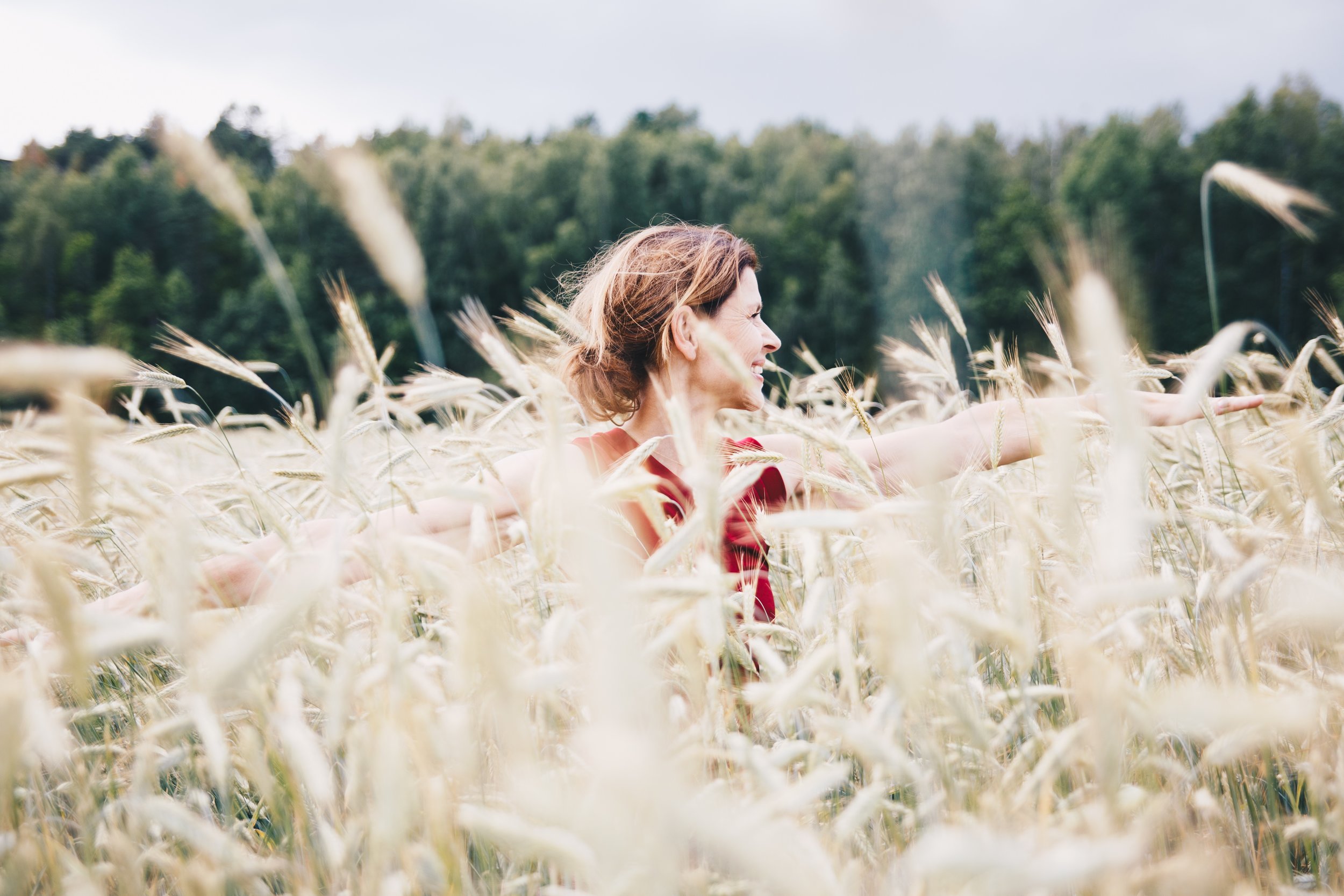 Day 5 and how has womb cancer affected me today? I’ve been hit by fatigue. I am tired, so very tired. Fatigue is a hard one to explain but I’m basically physically and emotionally exhausted! I cannot be assed with anything, especially doctors and hospitals. My brain doesn’t seem to work today and I can feel my sharpness and energy going. I’m not quite myself, and no longer the usual bundle of joy I normally am! I just want to curl up on the sofa and cuddle my cats. I genuinely feel like a boring old trout when I’m heavily fatigued. Has anyone seen my sense of humour? I can’t find it! I’ve got a feeling I won’t wake up feeling much brighter tomorrow either. I genuinely haven’t been this fatigued in a long time, but I’m poorly so I’ll let myself off. I wonder how many days this month fatigue will be. 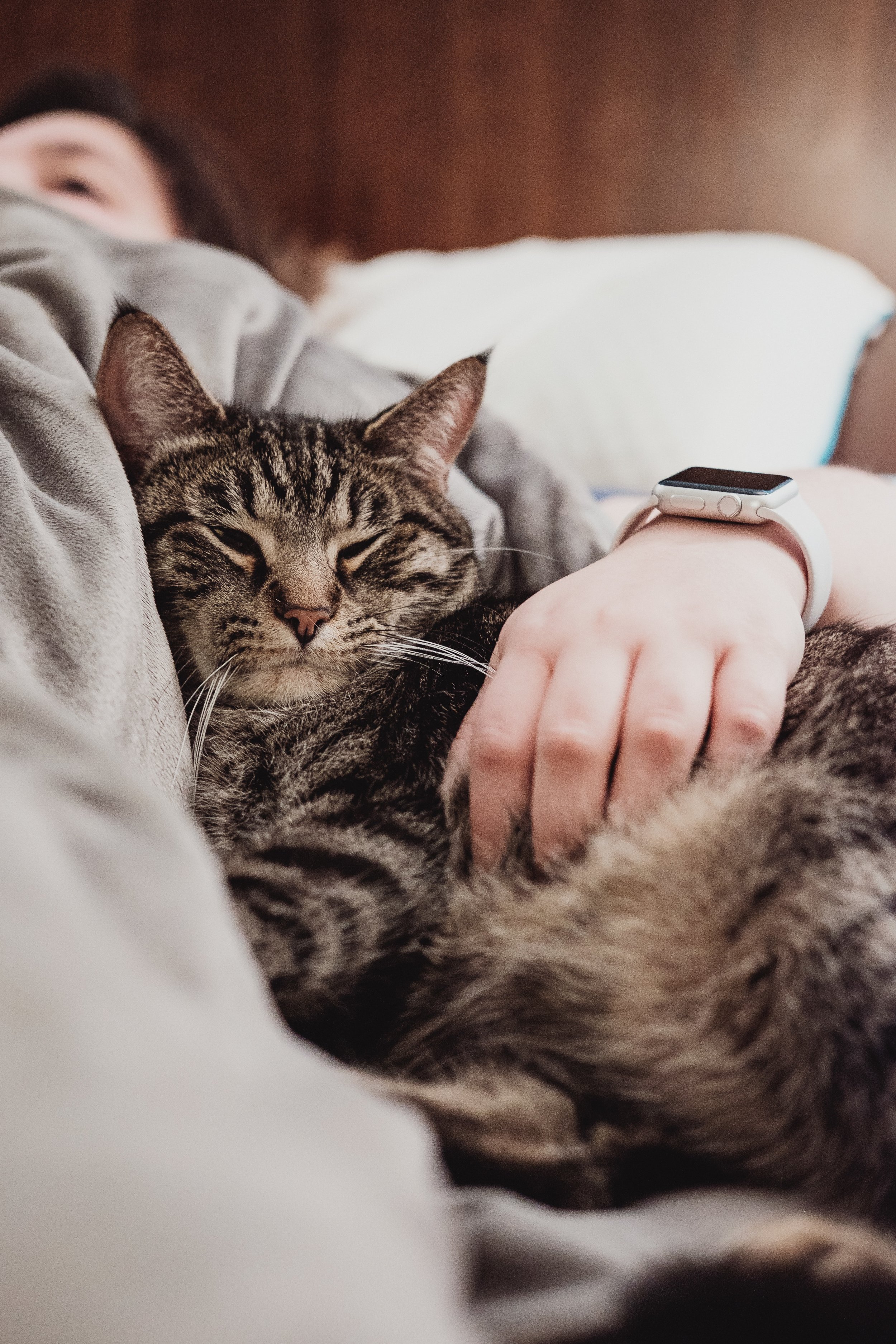 Day 6 and it’s the first #WombWednesday of the month. Back in January 2016 I had just started noticing I was really lightheaded and dizzy. Not only was I dizzy but I was feeling stupid as hell! I kept mixing up my sentences and wasn’t able to get my words out coherently. I tried but couldn’t get a GP appointment for 2 weeks so I went to the walk in centre and the doctor there thought I was probably anaemic from my heavy bleeding. She couldn’t do tests or referrals there and could only have a chat about my symptoms and advise me to the see my GP (LITERALLY WHAT IS THE POINT IN WALK IN CENTRES!). So I went merrily on my way to Porto to drink port a plenty with the worry of being dizzy and fainting. I was also on my period at the time, which was now completely unmanageable so I also had to be aware of being able to get to a toilet at short notice at all times. Porto was fun though. 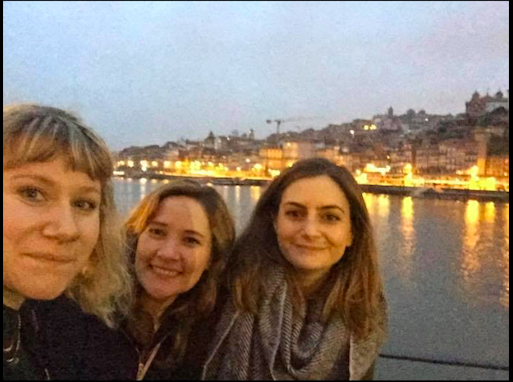 Day 7 and through this whole tumour lark (2016 and 2017) I have been struggling with getting my words out correctly. First it started when I was anaemic, and the lack of oxygen to my brain made me all ‘blah blah what?! I forgot what I was going to say’. I also used to jumble the words up in my sentence and they would all come out in the wrong order. After I managed to sort out the anaemia, I was soon put into an induced menopause through a hormone treatment, Zoladex. This again numbs your brain and makes you slightly aphasic. Now post surgery my hormones are still everywhere, and I’m currently having ‘unknown cause’ anaemic symptoms. Basically sounding like a right twat quite a bit of the time. Like, I promise I’m clever really! I just can’t seem to speak properly. It always seems to happen when I need to sound like I’ve got a brain cell/have got my life together. Lack of oxygen in your brain and speaking to important people do not go hand in hand! I wonder how long I’ll be mixing up my words for? Maybe my brain is just permanently damaged now from too much messin’. 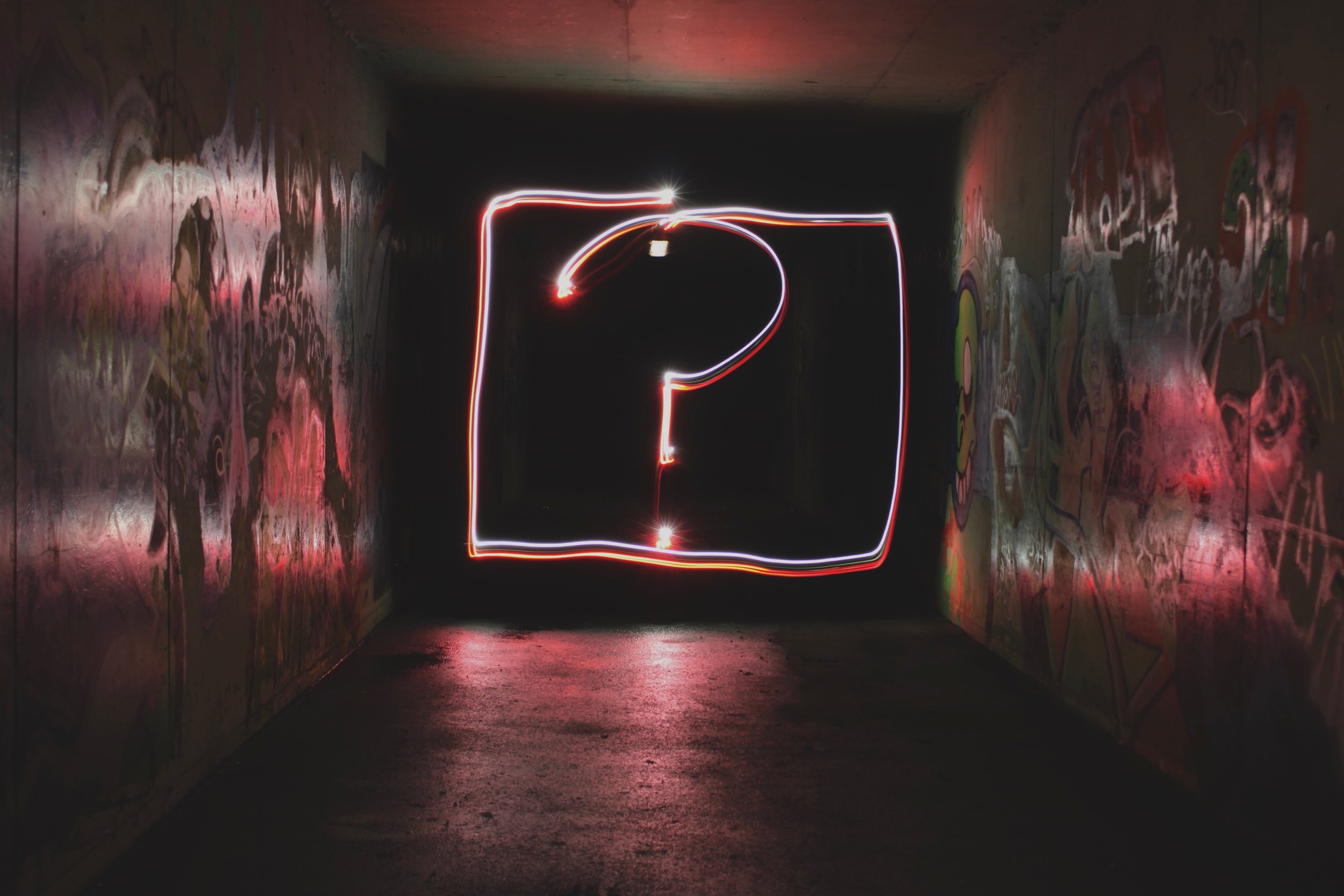