Day 22 of My Gynae Month. Cancer ain’t all bad, WHAT!?!? What, you can’t say that! Well it’s true, it gave me a new state of mind which can be summed up beautifully by two very simple words: fuck it. If it’s not going to kill me then who cares! I’ve never been a huge worrier but I certainly used to get more wound up/ upset by things. Things which to new post-cancer me would seem terribly small! Now I’m pretty chill. If it’s not going to kill me then I’m not going to waste my time worrying about it, it’s nae big deal compared to cancer. Life’s come at me with its worst and if I can do that, I can do everything else, easy breezy! It’s all up hill from here, I hope. The fuck it mentality is very freeing, and I prefer the new enlightened me! So here is a picture of me and the sky being free together. 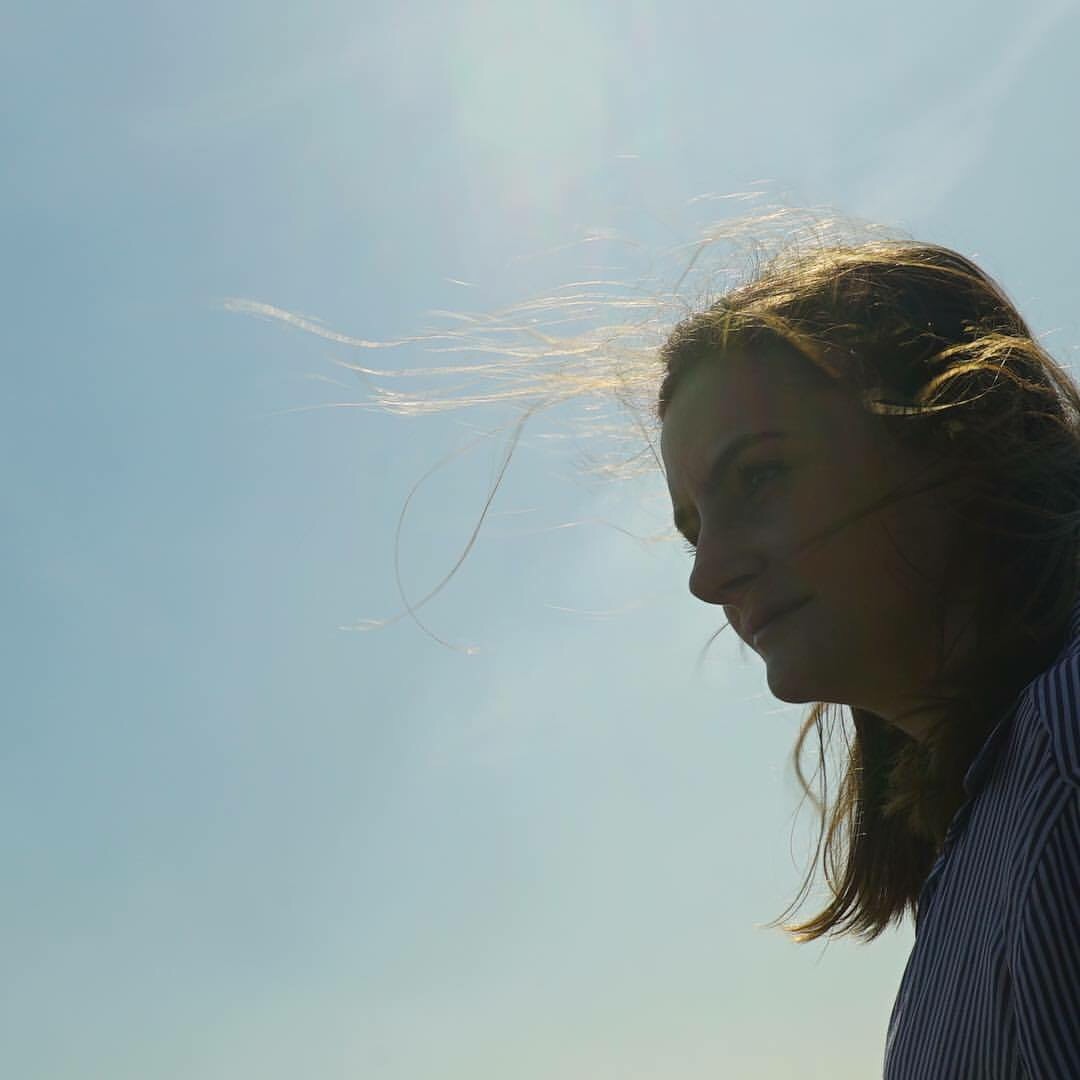 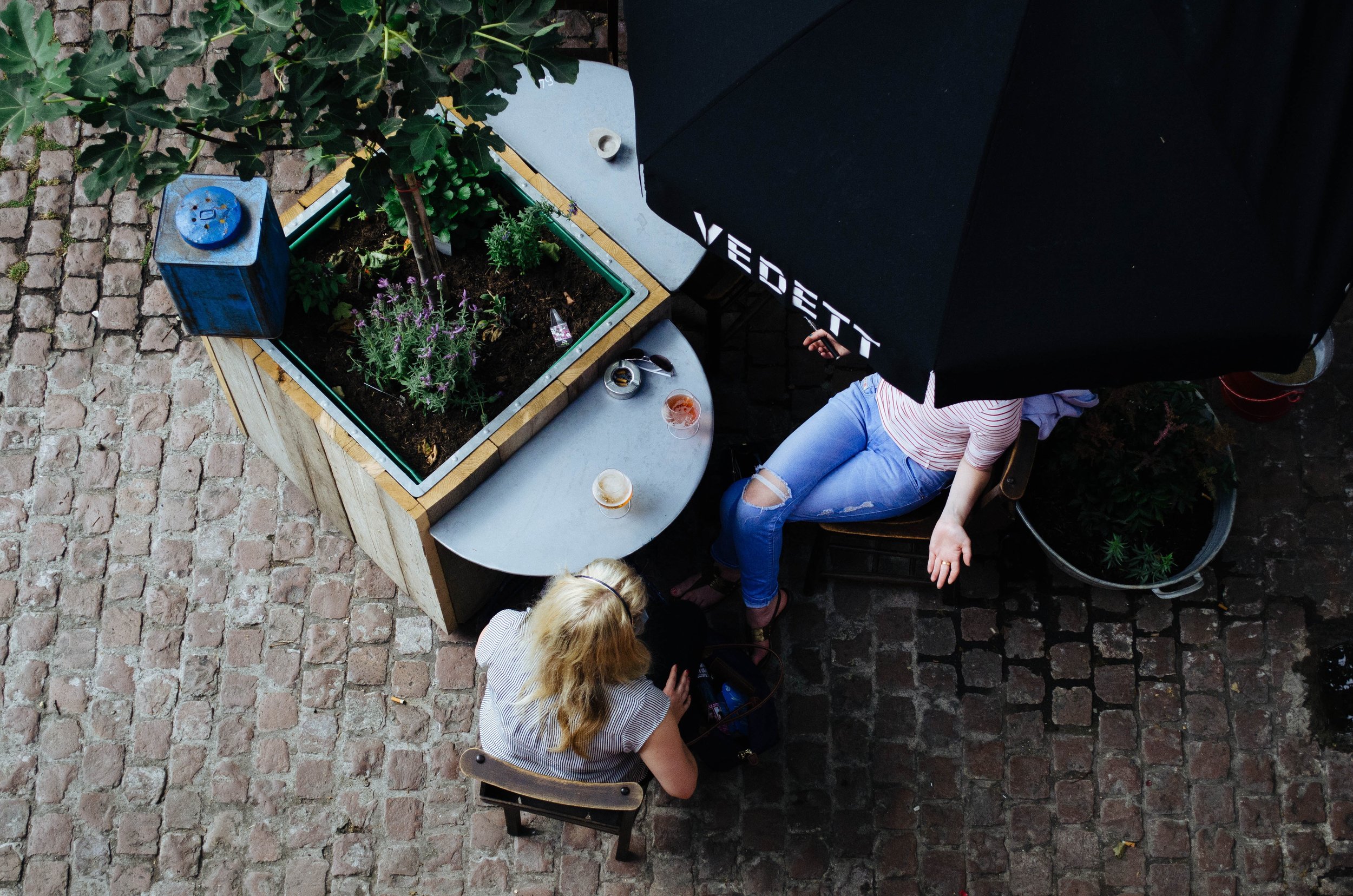 Day 24 OMG is that a real life emoji? Why yes it is! What a great idea, really don’t know how I’m not a millionaire already! This is my oopsy I said something awkward (apparently) face. Sometimes I find myself saying something that’s just a real life situ for me and it drops a huge fucking clanger. The atmosphere changes and it’s followed by some silence, and leaves me feeling a bit like wtf?! Sorry does my horrible life make you feel uncomfortable? Then we sit for a bit brewing in the horribleness. I don’t really get shocked by stuff people say (unless it’s mean) so am always so thrown off when people get put out when I mention something to do with being infertile/ questioning my mortality. Sorry/not sorry but that’s my reality, it’s my normal, so try to act like what I said isn’t the weirdest thing ever! It also highlights just how helpful it is meeting and making friends with other young adults that have had cancer and that’s where Trekstock comes in. I LOVE having amazing friends that don’t get shocked at anything I say, because that’s their normal too. So we are normal together and I can say whatever in total confidence that people will understand and not think I’m a total freakstation. 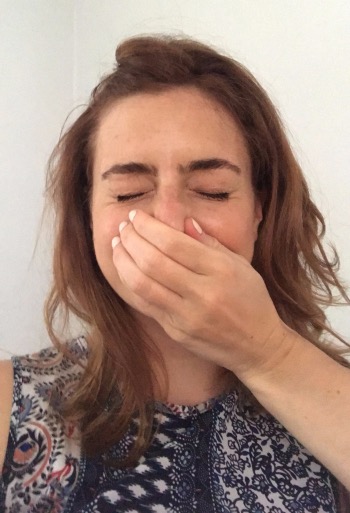 Day 25. There are ten cases in the literature of my tumour in the uterus. That’s pretty damn rare, probably the rarest cancer ever. There is just the one paper and no follow up. Which made treating it fantastic! (Anyone fancy being a cancer guinea pig)! Always fun taking a leap of faith when your womb or life depends on it. Sometimes I sit and think about those ten women, where are they now, how are they now, are they even now? The two women with secondary metastasis, what happened to them, did they live? The two women that took no action and were going to keep scanning. What happened to you? Did it get worse? Did it spread? Did you manage to have a baby? Are you okay? If only I knew this information, it might have helped me decide my fate a bit easier without so much of the unknown. So much at stake and with so little information is a tricky one. One paper on ten people is barely even a thing, no reproducibility, no reliability. You can’t get much from x=10. I am number 11. And the first to try a treatment (that I know of). It didn’t work though, oh well, I tried. 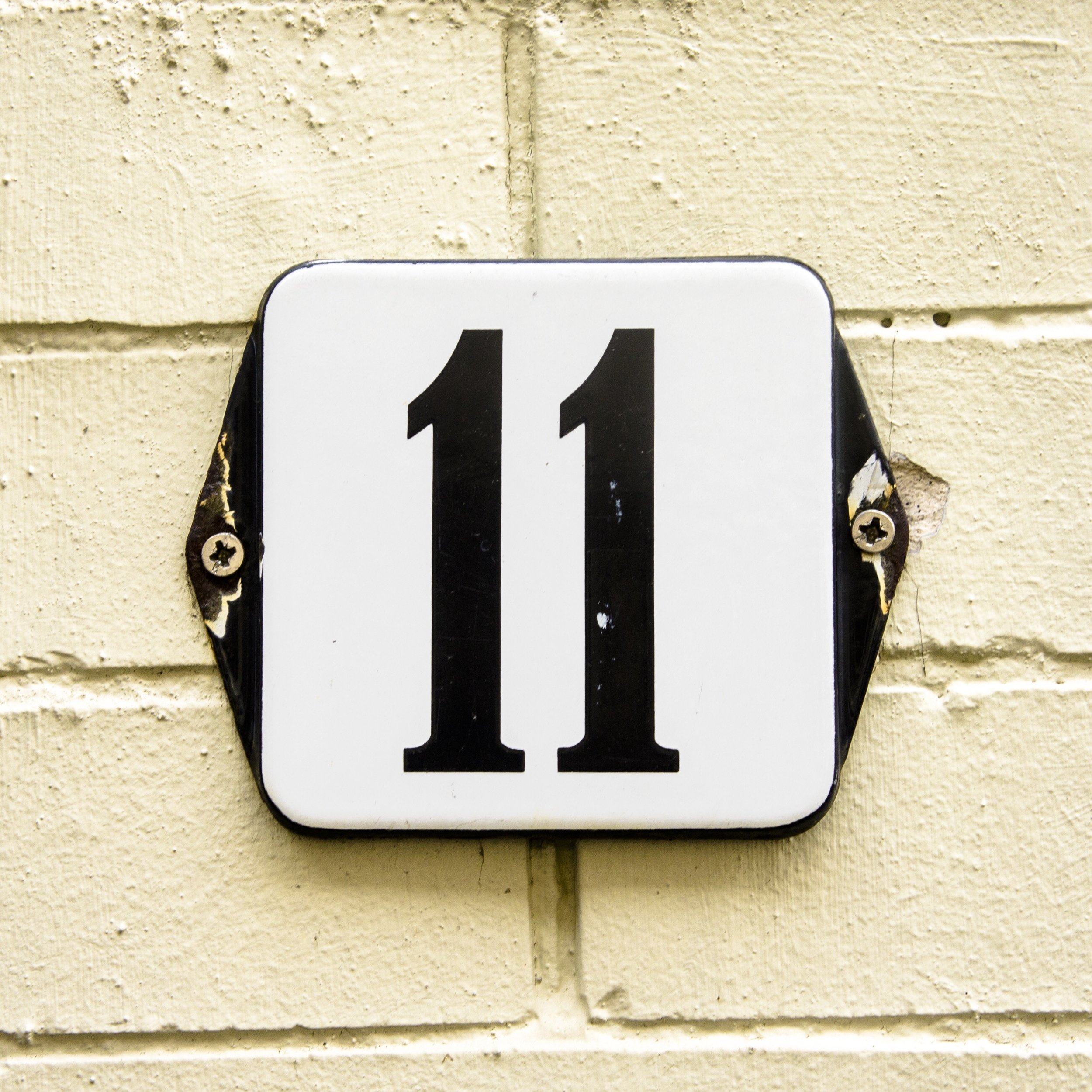 Day 26 of my Gynae Month and I’m shamelessly trying to plug my article in NetDoctor. I went to the doctors multiple times over several years, and even though they knew I had a lump (believed to be a fibroid) my symptoms were shrugged off time and time again. If my symptoms had been looked into years ago when I just had one tumour it could have been removed, I’d still have a womb and still be able to have children. We need to ditch the ‘you’re too young for cancer’ attitude. If someone has symptoms they need just as much attention as someone post menopausal. Cancer may be unlikely in the young, but it happens and plenty of women like me miss out on proper investigations and early diagnosis just because we are young. 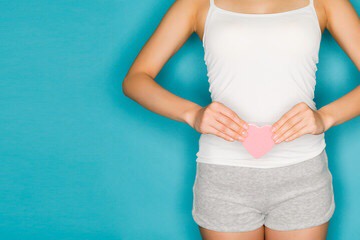 Day 27 of My Gynae Month I don’t think about the future anymore. Like ever. I used to, think about how I’d like my life to turn out and plan where I’d want my career and personal life to go. But any future for me would now be a plan B, I don’t want a plan B and I don’t usually accept a plan B. I’m not used to not being able to change something in my life or control where it goes. There are very few things permanent in life apart from death, and now apparently removal of an organ. That’s quite a hard one to get you head around. My life won’t be what I want and I can’t change that, even if I work really hard. Usually I always feel like I have some measure of tiny control to make a change and make sure my life is what I’m after. Don’t like your job, get a new one. Don’t like where you live, move. Don’t like your boyfriend, get a new one. Don’t like your husband, divorce. Wanting to have kids myself and having a womb, I can’t get a new one! Like no chance, no options at all. There are usually always options. No amount of creative thinking or hard work will change this one, and I’m not used to that. I don’t like thinking about accepting a plan B for myself. I’d never accept a plan B or anything less than what I’m happy with if any other situation. So I just don’t think about it anymore, at all. I also learnt there’s no point thinking about or planning a long term future because life happens. Control is a myth, there’s no way you can know what will happen tomorrow. You could get diagnosed with cancer. Your life can change at the drop of a hat and there’s nothing you can do about it. We also constantly change as people and what we want our lives to be changes with us. You can’t predict what future you will want, so do what current you wants and worry about the future when you get there. I can hazard a guess that 30 year old me wants something very different to 25 year old me so why even try to plan. It’s silly yo! Save your energy on the now. I talk about this more in my article for Cosmopolitan. 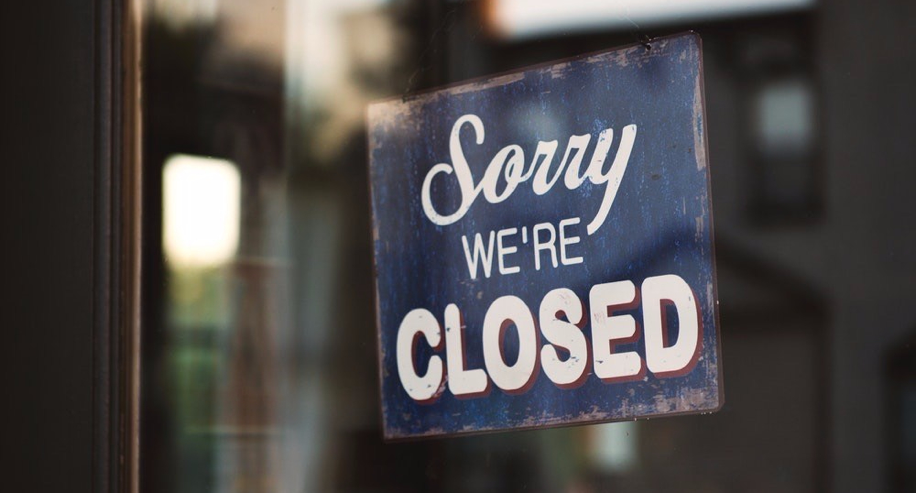 Day 28 of My Gynae Month and here’s my proud expectant mum of bloat picture. A hysterectomy cuts your insides up to allow them to remove an organ. Not having the ligaments anymore that hold your womb in the right place means it also doesn’t hold your belly muscles in the same way. Theres now some missing parts of me that held my pelvic floor, abdominals and diaphragm (well ya know just my insides) and that changes how you look. Wallah… round pregnant esc belly, even without food. Granted I have eaten pasta and drunk lots of beer today but I’m holiday, give me a break. Making you look pregnant when you can never get pregnant is the cruel little last laugh of womb cancer. I’m clinging onto hope that if I train enough for pole and get nice abs again my external muscles will make up for internal bits and hold me in. Right?!? Riiiiight. Bloody hope so. 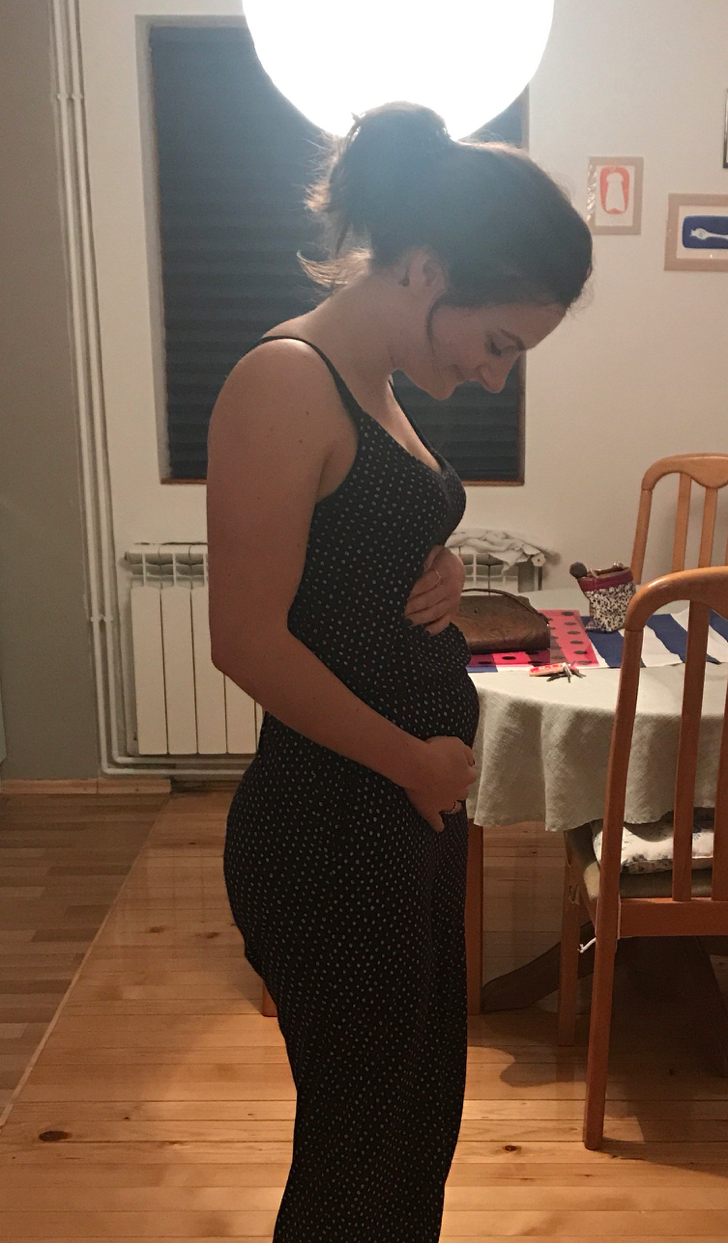 Day 29 of My Gynae Month and I want to talk about the fear us post treatment peeps live in. Fear of recurrence, it’s a pretty hard one to get across but it’s a real all consuming fear. Not all the time, sometimes I get to live pretty freely without thinking about recurrence. Every now and then, especially if I have some unusual pains, twinges or other symptoms it becomes just awful. At the start of this month I had some unusual bleeding and light headed ‘anaemic’ type symptoms. I was pretty convinced it had come back and it was terrifying. I’m very aware that it’s unlikely it will ever come back but I also know now that unlikely means nothing! If it’s not impossible then it’s possible (and probably a lot more probable than being one of 11 out of 7 billion). Therefore too bloody likely thank you. I know if it does ever come back it will be a whole lot worse than the first time around. It will be much harder to treat, I’ll be sicker and my chances of successful treatment will be slimmer. I’m also aware most people get cancer when they are much much older than me and have 10-20 years for it to return in. I’ve got A LOT. I’d hope at least 50+ years, that’s a lot. Hopefully over those years I’ll get less and less scared and paranoid. Although I’ve learnt I’m allowed to be paranoid and over dramatic about symptoms, that’s okay. If paranoia keeps me annoying my doctors and getting checked that’s okay as it’s better than ignoring symptoms and regretting it later. 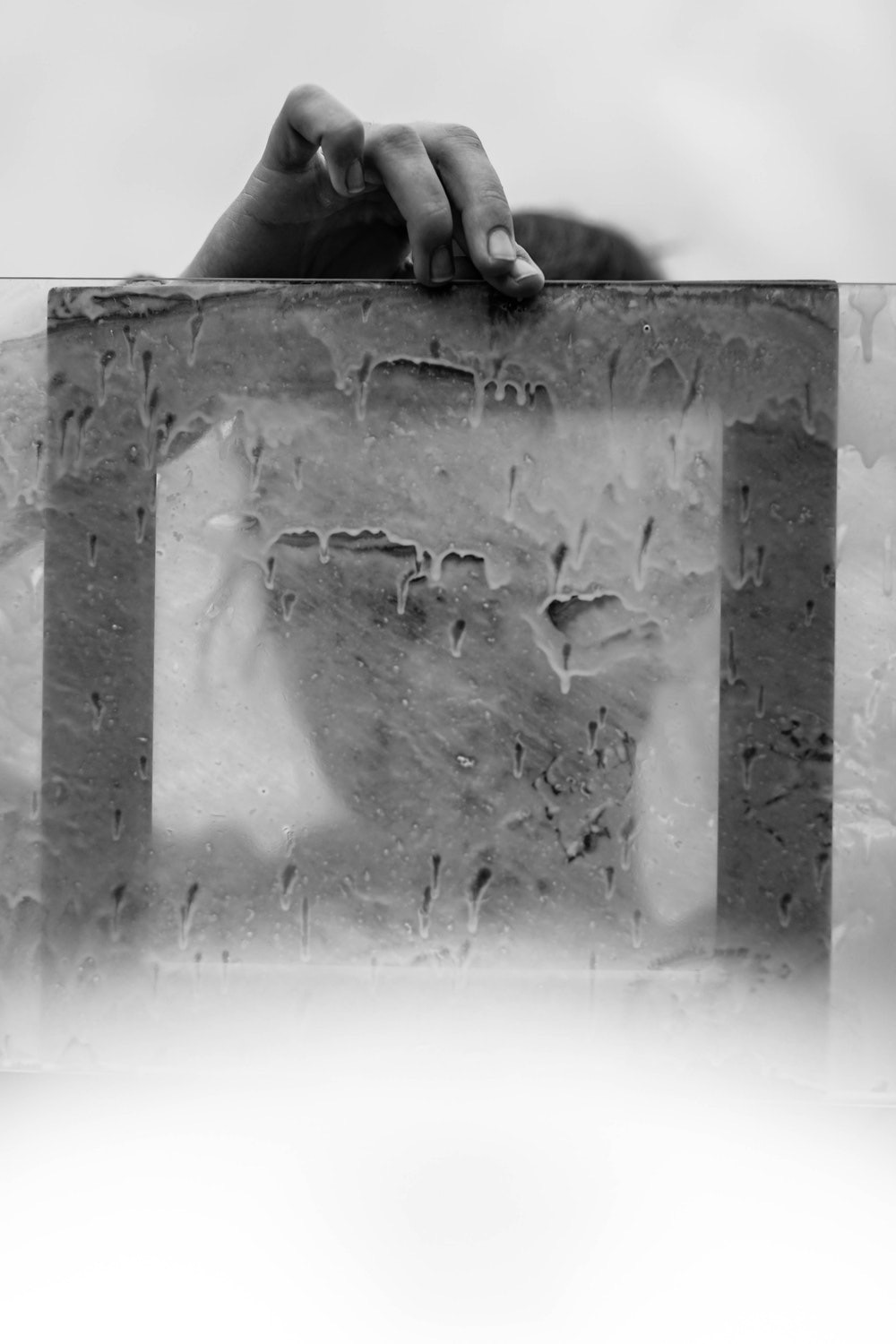 Day 30 and the last day of My Gynae Month. I bet you’re all really sad to not have my daily depressing Cancer posts to read right?! To end #GynaeMonth I have to thank all the lovely people who helped me so much over the last 11 months. So many friends have treated me more like their sister. So shout out to you, especially the ones that plied me full of copious food, tea and wine (all of natures natural healers). I’ve had friends care for me for a whole week and welcome me into their house, help me escape the country, sit with me in waiting rooms for hours on end, listen to my irrational crazy freak outs and cancel many plans to come round to my house and feed me. So thank you so much, I couldn’t have done it without you! XXX 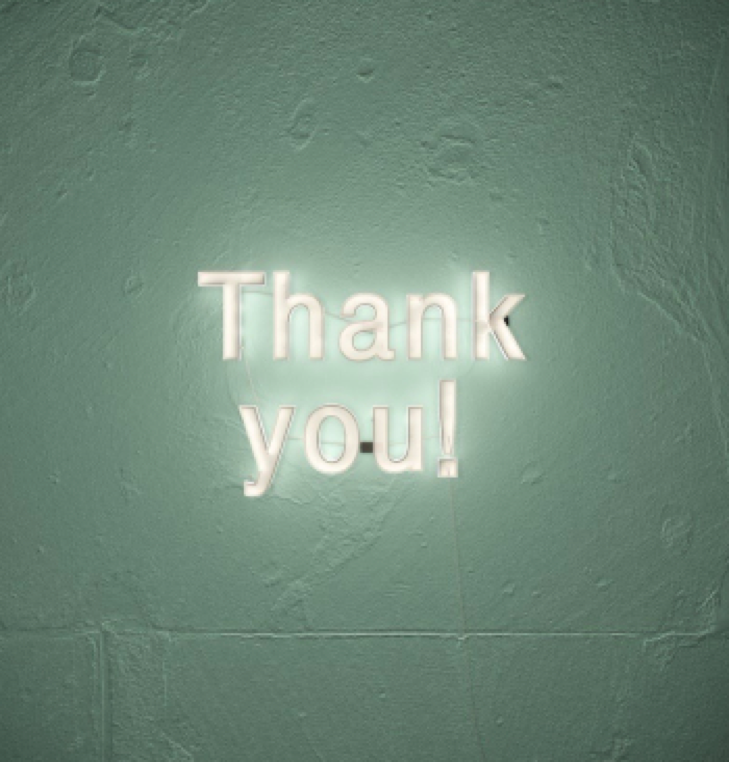